Triggered by the casino bill, Japan’s hospitality and tourism industries are expected to be the country’s core industry 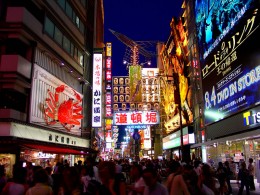 The hospitality and tourism sector is now set for a longer market cycle and a higher growth stage, where there are supersize potentials for hospitality and real estate investments in Japan.

At the end of 2016, Japan has finalised its legalisation on the so-called, integrated resorts promotion bill. This approval is the way Japan responding to its rapid increase in inbound tourism in recent years, therefore, promoting the development of integrated resort (IR) is to welcome its visitors by offering more entertainment options.

Now, it is the time where people can realistically imagine the huge economic impact to Japan better as the hospitality and tourism industry is growing to the next level, creating a new market cycle.

Japanese government’s initial tourism promotion started in 2006, and Japan Tourism Agency was established in 2008. Since then, Japan has been rising its inbound tourism and it has become one of the few promising business in Japan. The country met 2020’s initial goal of 20 million foreign visitors last year in 2016, which has doubled compared to 2013 and quadrupled compared to 2003 (Japan National Tourism Organization). Besides, the recent IR bill promotion in Dec. 2016 indicates their ongoing effort in tourism as well as responding to Japan’s declining economy.

In 2015, spending by foreign visitors has reached a record of ¥3.48 trillion ($30 billion), with the ripple effect on production was ¥7.6 trillion ($65.7 billion) and value-added inducing effect was  ¥3.9 trillion ($33.7 billion) which was about 0.77% of nominal GDP, according to a research by Development Bank of Japan. Looking at the overall tourism market in Japan, 2015’s value-added inducing effect is estimated to be over 2014’s figure of 5% of nominal GDP and much more could be recorded for 2016. The main engine for past a few years and future is inbound tourism.

IR as a game changer

Japan’s tourism industry has not always been a major economic engine for the country but now is the place to be when it comes to hospitality investment.

Such a long-awaited news of Japan’s approval of the Integrated Resorts will be a mega booster, accelerating economic impact on Japanese tourism-related industries.

Nearly ¥8 trillion ($69 billion) is estimated to be the total economic impact of development and operation stages for integrated resorts, assuming Japan has 3 integrated resorts in Yokohama, Osaka, and Okinawa, according to Daiwa Institute of Research.

Although IR has high potential to the economy, some public condenses were skeptical due to its controversial characters and long-run arguments. Yet, this has changed now.

A key point we emphasise is that for Japan, public consensus is likely to see the hospitality and tourism sector as like the “last resort” that is highly opportunistic for the Japanese government to sustain its declining economy. Public consensus is that this sector has now become as Japan’s core industry that the Japanese politicians and government are forward with making more favourable policy and reform..

Now, it is clarified that Japan is in a real state of long-term industry growth and market cycle. The initial IR developments are expected to target completion in 2021, after the Tokyo 2020 Olympic Games. Thanks to its geographical location, Japan can also appreciate the overall economical growth of its neighbouring countries as a tourist destination.

A prospective sector by Asterisk’s view is the luxury hospitality and branded residence, and it is also an advantageous and attractive sector for overseas players.

Asterisk organising private seminars is one of our unique approaches – by creating a platform where both Japanese and overseas players can share the opportunities. Furthermore, we also offer co-development/investment opportunities.