Integrated Resorts and the Effect on The Japanese Luxury Hospitality Market 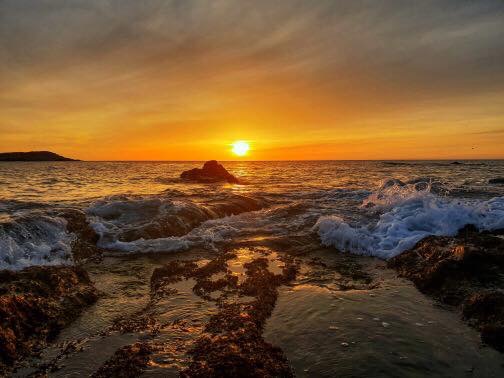 Last month, Japanese lawmakers approved allowing licensing for three casinos. Prime Minister Abe is scheduled to tour the country over the following months to promote how casinos will benefit Japan. There is excitement for tourism development by attracting more overseas visitors. Industry analysts also believe casinos will create jobs, and boost regional economies. The location of the casinos is still unclear, however authorities from Hokkaido, Kyushu, Osaka, and Wakayama, among other sites are moving to submit Casino Operator proposals to the central government to be considered as Candidate sites.

No one can answer who will host the casinos at this stage, but there are significant factors that can help us guess which city has potential. Public opinion, government support, and ability to support economic growth are some of the main influencers for the selection process. By examining the cities potential in these domains, we can compare and make educated guesses.

Assuming the bill passes, the casinos are assumed to be developed around 2025.  Japanese landowners and developers understand the new market for luxury hospitality provided by the casino bill, and we can observe an increase in luxury products not just in Tokyo but in Japan’s resort destinations as well. Specifically for the luxury hospitality sector, we can see growing demand as the integrated resorts attract affluent tourists. We see a significant number of hotels being announced, within Japan’s three major markets – Tokyo, Osaka, and Kyoto – and can expect number of hotel rooms to increase by 38% between 2017 and 2020 according to CBRE. This is in large accredited to the upcoming 2020 Olympic games, we can also see Japanese developers and investors seeing promise in tourist attraction post Olympics, especially from Integrated Resorts. Resort destination luxury hotels are also on the rise, with areas like Hokkaido, Kyushu, and Okinawa gaining luxury properties.

Here is a closer look at the sites that will put casino operating proposals forward:

Hokkaido has a number of candidate sites for IR-Rusutsu, Tomakomai, Kushiro, and Kita Hiroshima to name a few. While Hokkaido is known for its snow resorts, the candidate sites are located away from the resort, in areas much closer to airports. With plans to privatize by 2020, Sapporo will accept more international flights, and a larger number of tourists. 6 other major airports across Hokkaido plan to privative between 2020-2021.

MA Platform, a Japanese company owned by Akira Mori who is well known as the chairman of Mori Trust, have been constructing a large-scale resort development catering to foreign tourists in Tomakomai, Hokkaido. This resort is to include a hotel development, holiday cottages, medical facilities, retail, etc. The site is directly adjacent to a potential integrated resort site. The area does not have much tourist attention, but with the possibility of an integrated resort coming to the area, development of a large scale resort can be justified.

Hokkaido has shown much promise with its ability to integrate new tourism and hospitality trends such as wellness, entertainment, and medical tourism options. The luxury hospitality sector has also been strong in Hokkaido,with many international companies developing hotels. Recent news include a new Aman Hotel in Moiwa, Ritz Carlton by YTL Corporation, and SC Global announcing a luxury hotel residence development in Niseko.

Niseko has built a reputation as a world class ski destination, but aside from Niseko, other cities in Hokkaido are gaining interest from overseas. Kiroro, North of Niseko for example, has seen a growth of inbound tourists as Niseko gets too crowded. We can expect further tourism to other ski slopes in Hokkaido area.

Kyushu has two potential sites for Integrated Resorts- Haus Den Bosch in Nagasaki and Phoenix SeaGaia in Miyazaki. 2 candidate sites in Kyushu are led by specific developers, so their effort to promote IR development by involving other Japanese companies and meaning for economic percussions for other players might be a key agenda. At the end of April, Nagasaki Prefectural Government released a plan, predicting the resorts would drawn 7.4 million people annually, employ roughly 22,000, and have an economic effect of 260 billion JPY minimum. The general public have shown more support, namely from the younger generation, according to a poll by Nagasaki Shimbun.

Kyushu Railway- operator of hotels, restaurants, and tourism packages, has partnered with Alibaba to draw Chinese tourists. Alibaba will sell Kyushu’s packages, rail tickets, and hotel rooms on their travel site “Fliggy”, which is visited by 10 million users each day. Kyushu Railway will install Alibaba’s mobile payment service, Alipay in its group companies. We can expect further efforts to be made to gain tourists.

Local government of Osaka is very eager to promote IR with public consensus. The city has large available sites for development, and high potential for economic growth. Many assume Osaka has the most chance to be selected as one of 3 IR sites. With tourism expected to rise even further, and being one of the main Integrated Resort candidate sites, Osaka has welcomed a few luxury grade hotels. Conrad hotels opened a new luxury hotel in 2017 and W Hotel has been announced for 2021. Osaka will also be the host of the G20 meeting in 2019, and is expected to benefit from “Olympic Tour Packages” which will promote travel to Osaka during the Olympic games.

With the Olympics coming up, Osaka is preparing for all kinds of inbound tourists. Forseeing the shortage of mosques near stadiums, Mobile Mosque was launched this year as a way for visitors to feel more at home. Such accomodation for international travellers will be necessary if an IR is built in the city, and Osaka is showing good progress.

Governor Yoshinobu Nisaka of Wakayama is positive for the casino resorts, seeing it as a way to attract tourists.Wakayama’s plan calls for a casino resort to be built at Marina City, a man-made island in the city, and includes a 2,500-room hotel, an international conference hall and a virtual reality game center. They also aim to hold symposiums to educate the public and to address domestic concerns on the integrated resort industry.

While Tokyo and Yokohama are busy in preparation for the upcoming Olympics, both operators and the local government are showing interest in working together. Tokyo has not received as much support for IR development. Concerns being brought up are the necessity of an IR for Tokyo in contrast to local regional economies that could benefit from a new development. Furthermore, with the 2020 Olympics in Tokyo, there is less focus on IR preparation.

Yokohama has strong potential for supporting economic growth, and can serve as a complimentary submarket to Tokyo. With that said, should both Osaka and Yokohama each have an IR, it will limit the economic growth of Japan as a whole, seeing Osaka and Yokohama are both already economic hubs of Japan. It is assumed Osaka has a higher chance of securing a development seeing the public support for IR is greater in Osaka.

The likelihood of the casino opening in Tokyo, Okinawa and Kyoto anytime soon is still low in comparison to Osaka, but luxury hospitality developments in these markets have continued to increase. There are a number of factors for this, but we can argue that the announcement of the IR bill potentially passing, there is an expected increase of UHNW individuals looking for luxury grade accomodation when traveling around Japan. Some of the recent luxury hotel announcements include Bulgari Hotel in Tokyo, Ace Hotel in Kyoto, Accor Hotel’s MGallery in Kyoto, and IRAPH SUI Luxury Collection in Miyakojima Okinawa.

While we can already observe significant confidence in these markets, and hotel players making moves, after the casino implementation bill is passed and there is confirmation that integrated resorts will be developed in Japan, we can predict a much bigger wave of activity in the Japanese hospitality sector.

Luxury hospitality is also receiving attention from key government players. Mr.Tsukasa Akimoto, the Deputy Minister of MLIT, for example is actively promoting new tourism project targeting the worlds ultra HNW individuals and their add value for Japan’s economic growth post Tokyo Olympic Games and Paralympic games in 2020. He is actively facilitating discussions on how to develop luxury residences, types of facilities necessary, transportation requirements, services, entertainment, and so forth, that are necessary to accommodate to the ultra HNW through his special work group with MLIT. Further law makings and reforms to stimulate this sector is expected.Yukihiko Ito of Asterisk served as an advisor for this group, sharing ideas on how to upgrade the Japanese hospitality industry for UNHW, and connect these efforts with integrated resorts.

Future growth for Japanese tourism and luxury hospitality is promising, but what are the specific opportunities, challenges, and risks? In our following newsletters, we will discuss these challenges and cover how technology can help alleviate some of the challenges ahead.

This is an updated version of the article submitted to HOTELSmags by Asterisk on July 3rd, 2018.

For further details about our newsletter and our services, please contact: info@asteriskrealty.jp